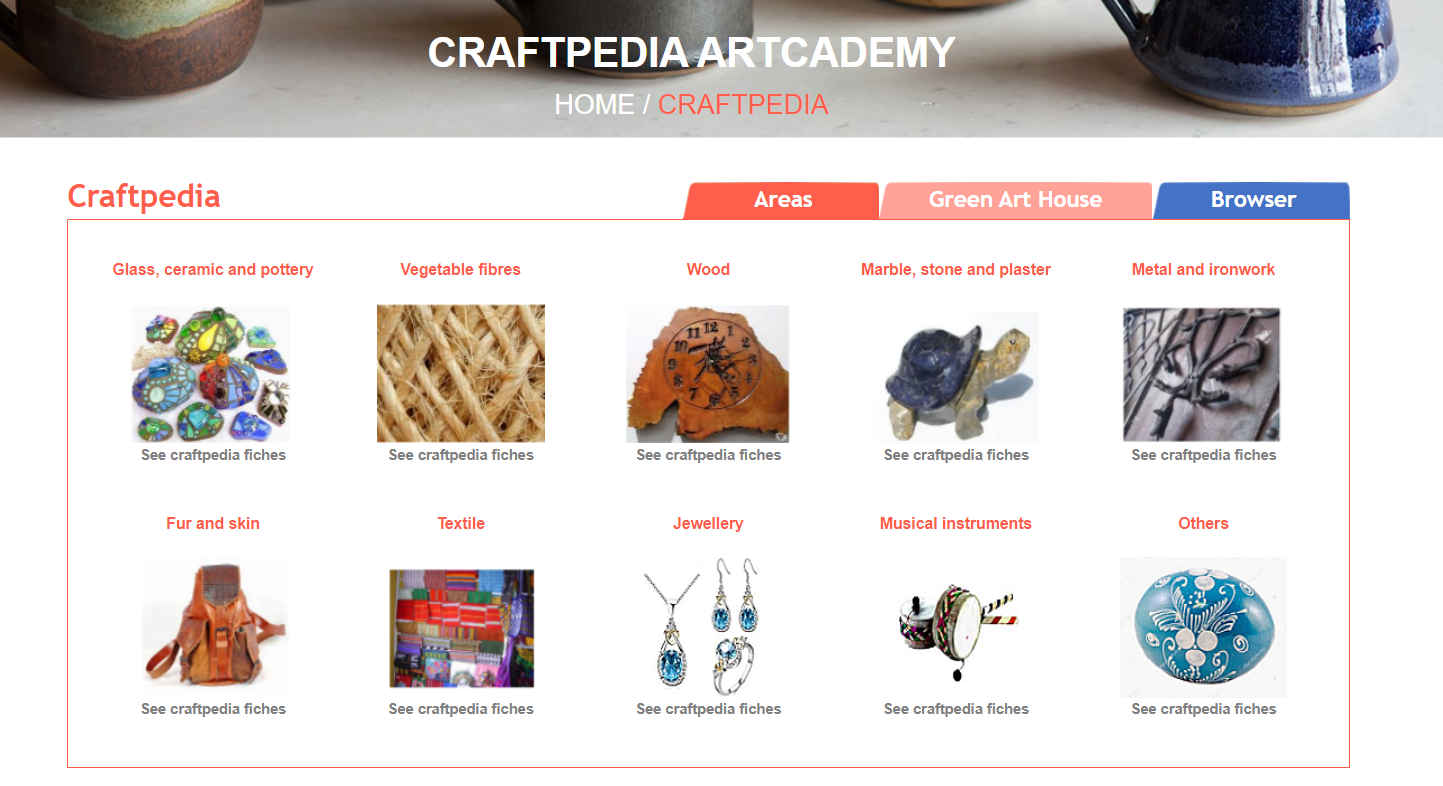 Composed by 180 handcrafts fiches, it is available in 7 languages in the ARTCademy web platform

CRAFTPedia, the first European virtual encyclopaedia of traditional arts and crafts has been launched in the frame of the ARTCademy Project, an Erasmus+ KA2 action created by the University of Malaga. The project consortium is formed by 9 members from 7 countries (Belgium, Cyprus, Italy, Poland, Romania, Slovakia and Spain).

ARTCademy is an innovative knowledge management project that aims to preserve and strengthen the European artisan sector through two ways: first, protecting the ancestral knowledge of traditional crafts, especially if they are at risk of disappearing; second, by providing craft firms, practitioners and entrepreneurs with training and useful tools for their continuity and commercial development.

The project has culminated the development of CRAFTpedia, a repository of audio-visual material about handicrafts available on the Internet that collects and classifies knowledge on artisan techniques, traditional crafts and trades for its preservation and transmission to young generations. It is composed of almost 200 fiches that collect the most important traditional arts and crafts of the European countries involved in the project, particularly those in risk of disappearance. The fiches are deployed in 10 categories, such as jewellery, musical instruments, crafts on wood, marble, metal and ironwork, fur, textile, etc. All the fiches include a description of the craft and its techniques, materials and process production, as well as video links where the elaboration could be seen, further references and pictures. CRAFTpedia can be visited in the ARTCademy project site www.artcademy.eu by everyone interested in knowing about European traditional arts and crafts, and the fiches are deployed in 7 languages: Polish, Slovakian, Spanish, Italian, Greek, Romanian and English. By this mean, the project combines the ICT technologies for protecting and enhancing an ancestral knowledge of incalculable value that is in the base of the European cultural heritage and aims also to attract new practitioners to those trades.

For further information about ARTCademy and other IHF asbl initiatives: