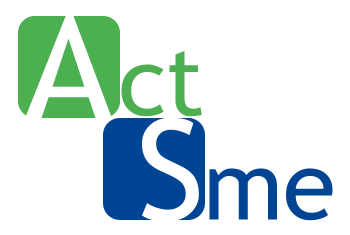 The fourth meeting of ACT-SME project has been held in the city of Malaga, in Spain, on the 8th of May 2017.
IHF is a key partner of the ACT SME project –Accelerating Cross-Border Transaction of SME – that was launched in Brussels on 19 and 20 of January 2016.

The idea behind ACT-SME is to develop and deploy Open Educational Resources (open and widely available training content and modules) targeted at SMEs to foster their access to international market and opportunities to ultimately enhance their competitiveness.

ACT SME brings together 8 partners from Belgium, Greece, Hungary, Italy, Spain and Turkey and is co-funded by the Erasmus Plus Programme of the European Commission. The Consortium met in Pescara to advance implementation and agree on content of new materials to be translated for the OER platform and to schedule the next steps of the project activities. IDP operates in Brussels since 1991 and has a proven track record in European funding. IDP is also a training service provider on European funding.

IHF operates in Brussels since 2003 with the aim of disseminating European values so as to empower the community at large – including non profit and local authorities – to develop networking opportunities, wider European integration and international cooperation.